Today we will take a look at the top 6 online table casino games you can access and play right from your home using your laptop or smartphone.

There are many casino games available to players but today we are going to talk about the 6 best ones and elaborate on some of their most popular variations.

So let’s dive right into it.

The famous card game that if you are a fan of the good old cinema you remember was also James Bond’s favourite game in the original Casino Royale movie.

But how is this table game played exactly?

The player is dealt two cards and each card has a corresponding value assigned to it. Aces are worth one point, cards numbered 2 through 9 are worth their face value and 10, Jacks, Queens as well as Kings all have zero value.

The player’s hand value is the sum of the two cards’ value he is holding.

There are three popular variations to Baccarat.

First is the “Punto Banco” also known as the “North American Baccarat”.

If the value is 6 or 7 then he has to stand. If the player stood then the banker has to follow the same previously mentioned rules that applied to the player as well.

If after that still there is a tie then there are multiple rules depending on each situation in order to determine later who won the hand, the player or the house.

The other two variations are the “Chemin de fer” which is the most popular game of Baccarat in France and “Baccarat Banque”.

If you have ever seen at least once in your lifetime a casino related film then chances are you have already witnessed the famous game called “Craps”.

This is a dice game where the player or to be put better, the “shooter”, rolls two dice.

Prior to that, the player must have placed a bet stating whether he thinks he is going to roll a specific number (“right”) or fail to do so (“wrong”). If he guesses correctly then he wins the bet.

This is the basic manner in which Craps is played but according to the casino you play in, multiple other rules and kinds of bets may be applied. However, usually, the bets are divided into two kinds.

The first kind is the “Pass line”.

If the outcome gets to be a 2, 3 or 12 then the phrase “crapping out” applies which means that the player loses. If the result is anything else than the previous two cases stated then the player has to roll again and some other rules apply then.

The other kind is called “Don’t pass”.

In this one, the rules regarding whether the player wins or loses are almost the opposite except some specific things that can be applied. Craps just like Baccarat are two of the top online table casino games an individual may play.

Even though this game may seem as pure luck to the majority of people, some gamblers will think on what to bet on after thinking about mathematical percentages and chances of a specific outcome.

In Roulette players can place many different kinds of bets as well as some special ones, provided that the casino or specific table they play one allows such bets.

In most cases, the kinds of bets people like to place are on a single number or an amount of single numbers on the board which is also the highest paying bet in case of winning and many other.

A specific and very rare to find allowed bet is the “Snake bet” in which you can bet on the numbers adjacent to each other so that they form kind of a snake figure. These are 1,5,9,12,14 and so on.

The “modern” version of 21 may as well be the most famous casino table game with the biggest number of variations ever. Blackjack is an easy to learn, though, very hard to master, game. A game not based on luck but probability instead.

In classic Blackjack that is vastly played in casinos worldwide, the dealer gives both himself and the other players two cards each to start with.

The point of the game is your hand to reach a value as close to 21 as possible without “busting” which means going over it and lose immediately.

Number 2-10 have a face value. Jacks, Queens, and Kings have a value of 10 and Aces can be accounted as 1 or 11 depending on the situation.

A player can “hit” which means be dealt another card as many times as he wants until he decides to “stand” which means to stop or until he passes 21 and thus loses. If the dealer goes over 21 you win twice your initial bet.

In case the player is dealt a 10 or other face cards combined with an ace then he immediately has a “Blackjack” and wins this is considered a “natural 21” and instead of a 2:1 payout you get a 3:2 meaning if you have bet 10$ instead of getting another 10$ back you get 15$ so you win an addition 50% on top of the 100% standard winning payout.

There are many other rules in Blackjack as well as strategies a player can use trying to win more times than he loses in order to earn some money.

One of them is counting cards, which is assigning a value to each card and then proceed to add them to a variant each time a face-up card is visible, thus making you have a basic advantage on choosing your next bet depending on the possibility of specific cards to show up.

Some of the most popular variations you may find are Video Blackjack, Spanish 21, Double Exposure Blackjack and many others. 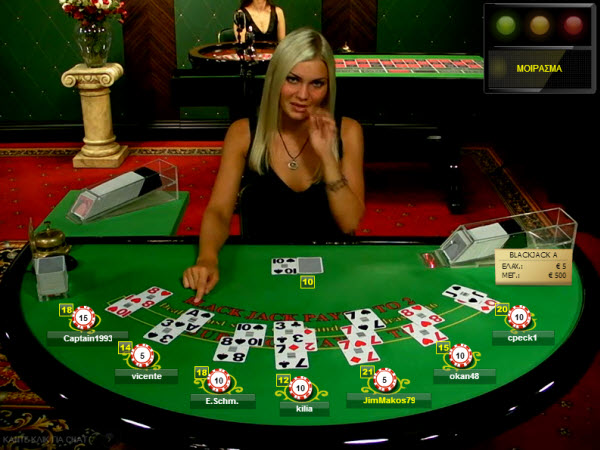 There are so many variations to the vastly beloved game of Poker that it would probably take us 10 or so extra articles to cover them all.

Maybe even more than that. Some of the most famous ones are Hold’em, Video Poker, Stud Poker and many others.

Some are completely different than their adversaries but some basic rules usually prevail.

In some variations such as Hold’em each player on the table is dealt two hands and during different phases in each hand five more cards are dealt down for everyone to see divided into stages of 3-1-1 called flop, turn and river respectively.

Possible winning combinations are usually the same starting from the lowest possible “high card” where because not a single player has even a pair the player with the best hand wins by default.

Winning combinations are, sorted by least to most powerful, one pair, two pair, three of a kind, straight, flush, full house, four of a kind and straight flush unless wildcards(a “Joker”) is in play in the specific variation of Poker where there is a possible combination called five of a kind which is similar to four of a kind with another wild card accounted as one more same card to complete a set of five.

Even though you probably haven’t encountered this last one on many gambling sites, it still deserves a spot as it a very fun and action-packed table casino game similar to the roulette.

Many times the wheel is being and placed on the floor but on some occasions, a smaller one is used to play the game placed on a table so Wheel of Fortune indeed can be included in the category of table games.

There are many different variations but in most of them, the dealer spins the wheel and wherever the pointer stops, it is determined whether the player loses or wins a prize or the bet he has placed.

These have been the top 6 online table casino games you can play on the Internet.

Feel free to make a quick search and find some top-notch online casinos that provide you with the table games suited to your preferences.

Always remember to play responsibly and without an urge and we can guarantee you that you will not lose much either on an economic or personal relations way.

These being said, we wish you good luck on your gambling adventures on those top 6 online table casino games!

Sure, slots may be the most played casino game ever but what most people don’t understand is that it’s just not a game.

Table games are where the serious action is!