PokerStars Casino is owned by Pokerstars.com which is a well-recognized brand in the world of online gambling. PokerStars was established in 2015 and is dual licenced by the government of the Isle of Man and the Malta Gaming Authority.

In this PokerStars Casino Review, we will examine all the pros and cons of the PokerStars Casino in an unbiased and impartial way and will try to inform our readers whether this casino will be a right choice for them or not.

PokerStars Casino is backed by one of the most well established players in the gambling world and as such has been able to leverage the reputation of their parent organization to a large extent.

PokerStars offers a wide collection of all types of casino games, which when combined with some of the most widely used payment methods, multiple currencies and 24/7 customer support makes this one of the best online casinos around.

PokerStars casino is a new entrant in the online casino space, but the company can trace its existence all the way back to 2001 when the parent website PokerStars.com was launched as one of the first websites offering a large collection of poker games which players could play on their computers.

PokerStars Casino has carried on this tradition by offering hundreds of variations of some of the most popular poker games.

So, you can be sure about the safety of your funds while playing your favourite casino games on PokerStars Casino as unlike many other competitors this online casino is backed by the most powerful firm in the whole online gambling industry.

Due to this unique background and decades old experience of its parent organization, PokerStars casino has been able to become a market leader in online casino space within a short amount of time.

PokerStars Casino performs well in almost every metric, be it the variety of games offered, mobile gaming, banking methods supported, languages or currencies.

PokerStars Casino Review: Here Is What to Expect

Name: PokerStars Casino
Website:  www.pokerstarscasino.uk
Bonuses: 200% of the first deposit with a maximum cap of £400
Minimum Deposit: £10
Our  Rating: 4.5/5.0

A Brief look into PokerStars Casino

PokerStars Casino was founded in 2015 and is owned by Amaya Inc, which also acquired the leading online gaming site Pokerstars.com in 2014 for almost $5 billion and is considered as the largest publicly traded online gaming and gambling company.

PokerStars Casino is licensed and regulated by the UK Gambling Commission and Malta Gaming Authority, which are both considered as the gold standard when it comes to licensing and regulation of online sports betting and gambling sites.

With a multitude of games being offered, banking methods, languages supported and several other features, PokerStars Casino has been consistently ranked as one of the best online casinos around.

The support provided by its parent organization Amaya Inc. works as the icing on the cake as Amaya is the largest publicly listed online gambling company in the world.

Due to the experience of its parent company, PokerStars Casino has been able to become one of the most popular online casinos in the short amount of time since its launch.

Although, one disadvantage of the company is restrictions imposed on players from several countries such as United States, Czech Republic, France, Iran, Israel, Jordan, Slovenia, Vatican City etc. due to the licensing requirements and other legal regulations in place which doesn’t allow the company to offer its services to players based in these countries.

Which games does PokerStars Casino offer?

PokerStars Casino offers a wide range of games as it targets all type of casino players who are interested in playing online. Games offered by the company can be broadly divided into 3 main categories; Live games, slot games and table games namely.

PokerStars Casino has a well-run live casino which allows users to play against dealers. 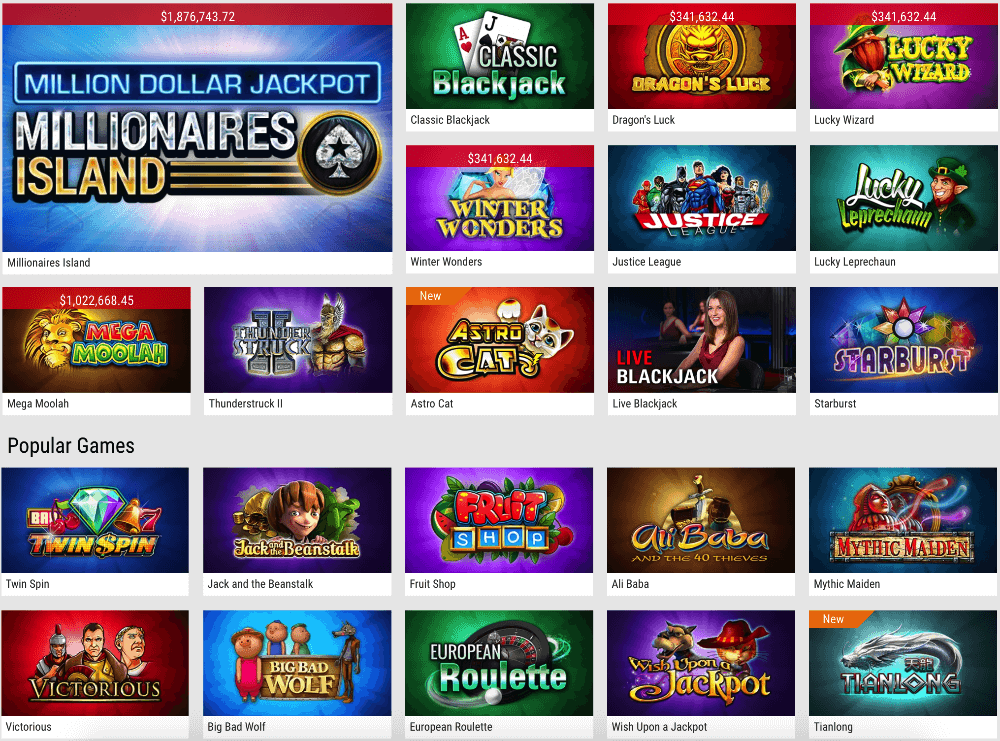 True to its name and global reach, PokerStars Casino has one of the widest collection of banking methods when it comes to banking and payments. In this section, we will cover all the aspects of depositing and withdrawing money to or from PokerStars Casino.

PokerStars Casino supports several deposit and withdrawal methods although like many other online casinos it supports more methods for deposits as is the case with withdrawals as not all methods can be used for withdrawing funds and in some cases a payment method is only available for deposits and can’t be used for withdrawing funds from PokerStars Casino.

Whereas the following methods can be used for withdrawing funds from PokerStars Casino:

Visa card as can be seen above is only valid for making deposits as currently it’s not possible to withdraw money to your VISA card from PokerStars Casino.

In line with industry standards, deposit and withdrawal times at PokerStars Casino vary greatly depending on the payment method being chosen. Deposits are mostly processed instantly for most payment methods mentioned above.

Although, deposits made by bank transfer and cheques take a bit longer to be credited into your PokerStars Casino account due to the inherent time delays associated with these banking methods.

Withdrawals work in a more complex way as a user normally must wait for few hours as no payment method provides instant withdrawals at present.

As waiting times are 3 to 7 and 7 to 15 working days in cases of bank transfer and Cheque respectively.

Although, there is no maximum monthly withdrawal limit as is the case with many other online casinos.  Minimum deposits and withdrawals in case of most payment processors are fixed at £10, although there are certainly some exceptions.

Minimum deposit and withdrawal amounts are significantly different in case of several eWallets such as Skrill, Paysafe Card and Ukash as minimum deposit limits for these processors are £5, £0 and £0 respectively.

Maximum amounts which can be deposited and withdrawn also depend on the payment method used in question and limits vary significantly as we will see below.

Maximum withdrawal and deposit limits differ radically in case of other payment processors such as Paysafe Card, Skrill, and uKash. With paysafecard it’s possible to deposit and withdraw a maximum amount of £4,000.

With Skrill, it’s possible to deposit a maximum amount of £5,000, whereas withdrawals are capped at a maximum of £2,500. uKash has a single maximum limit of £1,000 which applies to both the deposits and withdrawals.

There are no payment processing fees mentioned on the PokerStars Casino website and the company in all probability doesn’t charges any fees for making a deposit or withdrawing funds.

PokerStars Casino has well designed and user friendly apps for iOS and Android platforms which allow a user to enjoy most of the games on their smartphone or tablet.

In a significant departure from the industry wide practice, PokerStars Casino offers a user to download their whole collection of games on a pc which allows a user to play all the games thus offered without opening his browser.

This downloadable feature is not offered by many online casinos and is another aspect which gives PokerStars Casino an edge over their competition.

PokerStars offers a generous, 200% matching bonus with the maximum capped at £400.

This means that each of your eligible deposit will get you a bonus of 200%, although this cannot be more than £400. There is a wagering requirement of 40x for the bonus funds, which can be considered as a bit on the higher end as most other online casinos require you to wage an amount 30x to 40x before you can withdraw the bonus funds.

Who Is PokerStars Casino Good For?

PokerStars Casino offers the best of both world to all type of users and is equally good for new players, gambling veterans and those in the middle.

Indeed, it’d be difficult to categorize PokerStars Casino as a site for a particular type of user as almost each and every player will find something refreshing once they play on PokerStars Casino due to numerous unique features of the site which are not available anywhere else.

So, we’d recommend PokerStars Casino to all users irrespective of their experience, age group or other demographic factors.

We’ve decided to give a rating of 4.5 out of 5 to PokerStars Casino due to a string of factors which are explained below. Perhaps the most important aspect which convinced us to give such a high rating to PokerStars Casino was the reputation and experience of its parent company in the online gambling world.

Few seasoned players would say that they haven’t heard about Pokerstars.com or Amaya Inc. before PokerStars Casino is run by the same professionals who have made Amaya gaming one of the largest online gaming company in the world.

Not all new online casinos can boast of tapping into the decades of experience of their parent organization when it comes to online gaming.

A vast array of games, payment methods, 24/7 customer support in multiple languages along with a good welcome bonus package were other factors which influenced our decision.

Please don’t forget to subscribe to our website if you enjoyed this PokerStars Casino review, as we will soon be publishing more such reviews.