Betsson Casino is the online casino arm of the Betsson group, which is among one of the oldest and most reputable companies in the gambling scene having been founded in 1963, in Stockholm.

The casino was launched in 2001 as the official (first) online casino from the Betsson Group and has since established itself as one of the leading online casino sites in the world.

In this Betsson Casino review, we’ll look closely at all the aspects of Betsson casino and discuss its pros and cons as compared to other online casinos.

Betsson group as mentioned earlier was founded in Sweden and is also listed on NASDAQ and is among one of the few publicly traded gambling companies.

The online casino and other online businesses of the group are operated by Betsson Malta Ltd., which is the fully owned subsidiary of Betsson group and the Betsson Casino is also licensed by Malta Gaming Authority and the UK gambling Commission.

This casino, stands out as one of the most user-friendly casino sites and as such is highly ranked by almost all industry experts and users also share the same opinion due to the user friendly and customer-first approach of the site.

Even a first-time user can’t stop himself from praising the design of the Betsson website, which is extremely easy to navigate and presents all the information in a visually pleasant manner.

The Betsson casino offers hundreds of games of all types and it can be said that they have a game for every type of player. 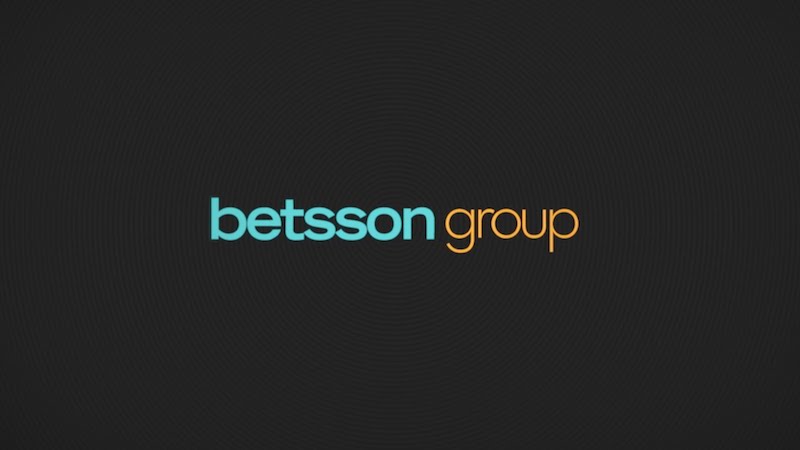 Another interesting feature of the site is the support for multiple languages as users can choose from the following languages:

Betsson also supports all major currencies and has a vast choice of payment methods to choose from for making deposits and withdrawals.

Most payment methods ranging from debit and credit cards to eWallets are supported and the site boasts of some of the lowest pay-out waiting times as most payments via eWallets are processed within 24 hours.

It’s also not uncommon to receive funds in your eWallet within a few hours after initiating a withdrawal. (Huge plus)

They do have some restrictions in place according to their licence terms and other legal requirements on players from specific countries and as such users from the United States, France, Hong Kong, China, Belgium, Chile, Indonesia, Kuwait, Morocco, etc. cannot register on the site.

Betsson performs well in all areas and is regarded as one of the most trusted online casinos.

A Look Inside Betsson Casino

Betsson casino are one of the best at what they do and every new visitor to the site can feel the professional approach partially due to the extremely pleasant and easy to navigate design of the website.

It incorporates some of rarely-used aesthetic features and makes it clear to the new visitor that this site was designed with an eye on user experience.

They also have a wide collection of all sorts of tradition online games and the company offers several (popular) games from its partners such as:

They also have live dealer room that is powered by another noteworthy player Evolution Gaming. They also offer a sizable collection of Video Poker games, along with a vibrant choice of games which can be played in the Live Casino.

Most games offered by Betsson are in instant-play format which allows a user to play a game without having to download any software and a good number of games can also be played from mobile devices.

With all these features and the others we will talk about down below, one can easily see why Betsson is ranked among the top-most online casinos.

Which games does Betsson Casino offer?

Betsson has a wide collection of all sorts of casino games which can be mainly divided as the games provided by its partners and the ones which are made available by Betsson itself. 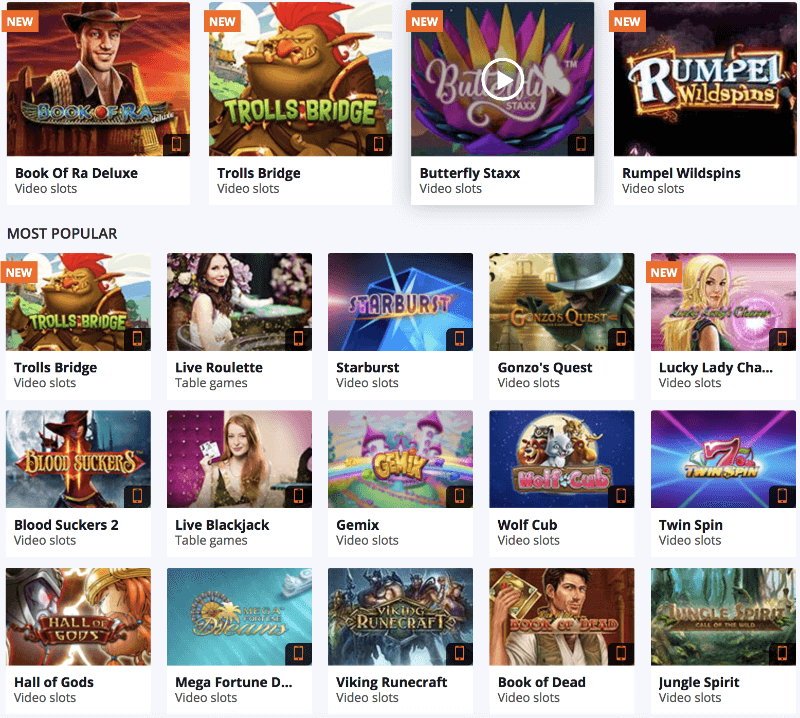 Betsson is reported to have more than 400 slots and is a paradise for slot lovers. They also carry (almost) all the popular slot titles such as:

Players can also choose from a vast array of table games which include 18 variants of Blackjack along with several variants of Roulette such as European Roulette, Mini Roulette, Double Ball Roulette etc.

Betsson Casino has an excellent and well-manned customer service which allows users to seek help to any issue which they may face on a 24/7 basis via Live Chat, email or telephone.

Betsson boasts of some of the lowest response times and their claims have been tested by reviewers and were found to be true.

Typical response time for Live Chat is around 30 seconds, for telephone it’s around 0 to 2 minutes and emails are usually answered within 30 to 60 minutes on an average.

In addition to customer support, Betsson also has an extensive FAQ section which is often more than enough for a user to find a solution to his issue.

What Deposit Methods and Currencies are available?

Betsson realizes the importance of accepting multiple currencies as its primary user base includes customers from several countries where separate currencies are used.

As such, the website supports multiple currencies which include some of the most widely used currencies in the world such as:

You can see the deposit and withdrawal methods here.

Betsson boasts of some of the lowest payment processing times in the industry when it comes to deposits and withdrawals.

Withdrawals are a bit complex as withdrawals made via Skrill, Neteller, ecoPayz are processed within 24 hours. Whereas those done via VISA, Bank Transfer, EntroPay take anywhere from 2-5 working days.

Minimum amount which can be deposited is $/€/£ 10 in case of most payment processors.

Betsson currently do not have any withdrawal fees, although deposits made via certain payment methods may incur payment processing fees.

Deposits made via VISA, MasterCard, Maestro Cards and EntroPay are charged a service fee of 2.5%.

Betsson has ensured that its users can play even while they are on move via accessing the mobile version of Betsson site. This allows users to play their favorite games with ayn HTML5 supporting browser.

In addition to a responsive, well-designed mobile site, the company has also developed mobile apps for both the Android and iOS platforms which allow users to play games from their smartphones and tablets.

Betsson offers a generous bonus package for starters which allows new users to get a 100% bonus on their first deposit (with a maximum cap of £100).

There is also a wagering requirement of 40x which is in the upper end of the industry standards of 30x-40x wager.

Bonus cannot be wagered in the live casino and some games cannot be counted towards wagering requirements while wagering contribution factors differ from 100% in case of video slots to 5% in case of Blackjack.

Who Is Betsson Casino Good For?

Betsson Casino has something to offer to every type of casino player and it’d not be fair on our part to restrict it to users of a particular type.

The site works pretty well for users of all types and everyone ranging from the first-time gambler to the experienced veteran of online gaming can find something interesting on this site.

As such, in our view, Betsson is a fit for all types of players and anyone can try his or her luck knowing that he is playing at one of the most reputed online casinos in the world.

We have decided to award a rating of 4.5 out of 5 to Betsson based on many factors which we discussed above.

Foremost among these factors was the long history of Betsson casino’s parent organization which has been in continuous operations for more than half a century and this is enough to put Betsson Casino in its own league.

Very few online casinos can claim to have such a long history and experience when it comes to gambling.

Another factor which influenced our decision was the lack of any negative complaint or other issues reported by users as Betsson resolves most issues in an amicable manner which, is mutually beneficial to both the casino and the player.

Betsson’s vast array of games, currencies, languages and payment methods ensures its position among the few online casinos which have managed to meet expectations of players in all areas.

We hope that you have enjoyed this Betsson Casino Review, we hope this post answered any Qs you might’ve had.